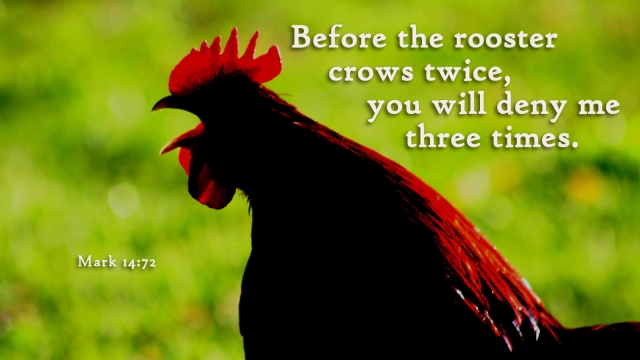 Betrayed
It isn’t enough to say Jesus was betrayed; such language does not convey the gravity of Judas Iscariot’s actions. From the beginning, Jesus knew Judas was the one who would give him up. Still, Jesus taught him the ways of God; he modeled for him the way of humility. Judas heard Jesus’ call to love God and neighbor; he watched as Jesus had compassion on the sick, poor and hungry. How could he not see that this is indeed the Christ of God? No, it isn’t enough to say Judas betrayed Jesus. Judas felt the nudge of Satan, was tempted by power and greed, and then succumbed to the powers that defy God, betraying his Lord with a kiss.

Arrested
The mob assembled and headed out to the garden where they would find Jesus. Many had seen him teaching in the temple; they knew he was a man of peace, a teacher with authority. Such a man would be easy prey for temple guards to over power and take into custody. So why the mob; why wait until the dead of night? Trumped up charges, false witnesses; that was their plan. And so the mob came to get Jesus, enough man power to ensure their scheme would not fail. The Chief priests, Pharisees and scribes would get their man.

Abandoned
Even as they shared the Passover meal, the disciples pledged their unwavering support for their teacher. Amid Jesus’ assertions that he would be arrested and the twelve would flee, the disciples were adamant. Beginning with Peter, each one promised to follow Jesus, staying close even if it meant they might be killed. Nothing would deter them from keeping their promise. No one would come between them and their Lord. No one except, and angry mob sent from the temple with orders to take Jesus as their only prisoner. When the mob appeared, the disciples fled. Not a single one kept his vow.

Denied
Along the shore of Galilee, Jesus saw two fishermen and called them to follow him. One of these men was Simon, who Jesus called Peter. Simon Peter, followed Jesus through the wilderness. He went with him into Gentile territory. Peter was there at every significant moment; he even followed Jesus walking on water. But just when Jesus needed him most, Peter fled with the others. Why then did he venture into the courtyard? Why did he follow at a distance? There, he was spotted and identified as a follower. It was Peter’s opportunity to prove once and for all that he would follow Jesus no matter the consequence. But when moment came, as the waves of fear broke over him as they did when he walked on the water, Peter began to sink. He denied ever knowing Jesus. Suddenly, the cock crowed, and Peter went away weeping bitterly. Once again, Jesus was right.

Lord Jesus, strengthen us in faith and love; enable us to follow you. Amen.

This entry was posted in Gospel According to Mark and tagged Betrayed with a kiss, Jesus betrayed, Jesus Christ, Judas, Peter denies Jesus. Bookmark the permalink.