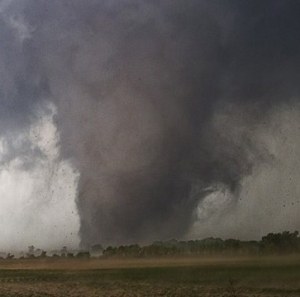 When he saw that they were straining at the oars against an adverse wind, he came towards them early in the morning, walking on the sea. Mark 6:48

In recent days, since the tornado that devastated Moore, Oklahoma, I have read and heard my share of comments concerning God’s anger. I have read and heard still more comments asking Christians how they could love a god who brings such havoc upon his own people. Truth be told, such comments spell out the differences between the people of God and people of other gods, or perhaps even godless people.

Christians recognize that our world is one of sinfulness and shame. We live in a world where sin is all too common, even in the lives of those who confess Jesus Christ as savior and Lord. In this same light, Christians also know ours is a God of love and compassion; ours is a God of mercy and grace. We cannot explain why bad things happen to people, but we can say with certainty that God can use all things for good. People of God also recognize that it is God who brings comfort and healing. No one understands God, but Christians realize the love of God. That is not to say we don’t have our times of doubt either.

It is human nature to become angry when something robs us of our livelihood. Anger is but one of the emotional responses we exhibit when forces beyond our control affect us so adversely. Sometimes we even become angry with God. “God, why did you allow this to happen?” “How can you simply look away?” These questions and several others are on the tips of many tongues as pictures and video show the destructive power of this latest tragedy. The anger expressed by those struggling with the grief and loss in the aftermath doesn’t bother me as much as the responses of others. God is big enough to handle our anger, and he is compassionate enough to bring restoration and peace.

What bothers me most in situations like this is the announcement of God’s wrath by those who feel it is their place to proclaim judgment. Too many preachers, proclaimers and pontificators feel the need to use events such as this to warn people of their impending doom lest they repent. To them, God is an angry judge just waiting to punish the sinner. These voices proclaim a God of vengeance, a God of wrath and a God that is unbending in his demands. Truthfully, this is not an accurate picture of God. God did not use this tornado in judgment and he did not use it to punish sin. Such messages fail to show a true picture of God.

Ours is a God who saves his people. Ours is a God who rescues, a God who heals and a God who reconciles. With all adverse powers in the world, the wars, conflicts and natural disasters where people are subject to harm, ours is a God who does not cause chaos, but enters into it. God is one who finds lost sheep. He is one who cures illness and restores health. God is one who goes to great lengths to rescue people from danger and protect them from harm. We see this through Holy Scripture as the Good Shepherd leaves the ninety-nine to find the one. We see this as Jesus raises the widow’s only son from death. And we become witnesses to God’s rescuing as Jesus comes to his disciples, walking upon a stormy sea.

No, God did not cause the harm that came to people in the Moore tornado, nor does he cause harm to anyone who faces disaster. Yet it is God who stirs the hearts and minds of his people to bring aid, comfort and consolation to those experiencing loss. It’s actually ok to be angry with God. Don’t worry, he can take it. But don’t get lost in your anger. Don’t fall into the trap that God is enacting some sort of judgment because people didn’t live up to God’s law. Jesus already took care of that at the cross.

With all of the collective anger and contempt for God, especially the anger expressed by those who do not believe in him, God’s answer remains;
“For God so loved the world that he gave his only Son, so that everyone who believes in him may not perish but may have eternal life. “Indeed, God did not send the Son into the world to condemn the world, but in order that the world might be saved through him.” John 3:16-17

This is certainly visible through the prayers and responses of Christians as the Church works to bring God’s comfort and consolation. Again, keep in prayer those who suffer injustice, calamity, hunger, and pain. In all of these, God will bring healing, restoration and peace through Jesus Christ.